Divided into three sections, (“the Labyrinth”, “Production Activities”, “Epigraphy”) the “Underground City” Civic Museum of Chiusi enriches the panorama of the complex archaeological, historic, artistic, and geographic aspects of a city that already offers visitors a selection of important exhibition spaces (the National Archaeological Museum and the Museum of the Cathedral) as well as monumental Etruscan tombs.

Visits start from the Palazzo delle Logge, where the “Labyrinth” section has been set up, its explanatory panels, interactive displays, photos and large models document the myth of the Etruscan king Porsenna, whose mausoleum is believed to lie at the heart of a labyrinth dug under Chiusi itself.

Exiting the section dedicated to the labyrinth, visitors come to Via Baldetti where they may see the sections called “Production Activities” and “Epigraphy”.  The “Production Activities” section documents the development of the local economy, and offers a true journey through time, exploring the traditions of Chiusi and its surrounding territory.  Agricultural equipment from the 19th and 20th century is displayed, while the underground rooms house ceramic kitchenware and tableware (1st century, A.D.) and an array of Etruscan and Roman transport amphorae, leading the way to an area where an Etruscan banquet is reproduced in silhouette, as we find depicted in the frescoes of the Colle Tomb of Chiusi.

The last portion of the Civic Museum is the “Epigraphy” section, located in the evocative Etruscan tunnels that wind for 140 metres and from which vistors may look down a monumental well-shaft and see a reservoir that lies 30 metres beneath the level of the streets above.

It is the only museum section in Italy devoted entirely to Etruscan epigraphy, containing 500 inscriptions on cinerary urns and tomb covers.  The great number of inscriptions found in and around Chiusi (approximately 3,000 in total, dating from the end of the 2nd century B.C. to the beginning of the 1st century B.C.) has made it possible to reconstruct a sort of “Etruscan registry office” recording the history of families, of their parental ties, and even of the social rise of individual figures.

Reconstruction of Porsenna’s mausoleum: the mausoleum of the legendary king Porsenna has been attentively reconstructed in keeping with the description provided by the historian Marcus Terentius Varro and handed on by Pliny the Elder.  No less than the illustrators from Disney have tried their hand at narrating the story of King Porsenna and his Mausoleum!

The underground Etruscan reservoir: passing through a stretch of tunnels, visitors my admire the ancient Etruscan water system and the evocative underground “little lake” where, in the words of the speleologist who discovered it, “time, marked by the dripping of water, seems to stop, while overhead the frenetic life of today’s world carries on.”

Etruscan inscriptions, “Epigraphy” section (4th to 1st century B.C.): walking through the underground passageways, visitors come to understand the social history of the city as they look at the inscriptions contained in the one-of-a-kind “Etruscan registry office” the likes of which neither Rome nor Athens can boast! 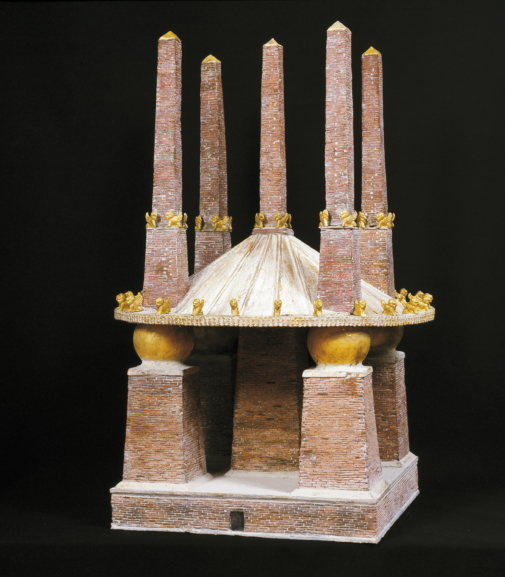 Reservation recommended (+39 0578 20915 or via email museocivicochiusi@gmail.com)

Ticket Office can be closed during the guided tour and during sanization operations: please wait until the employer comes back 10 min before the next tour.

Exceedingly old, the city of Chiusi is described by classical Latin sources as one of the first and most important Etruscan cities in history.  It was the seat of a powerful lucumonia, or rulership under Etruscan nobility, during the era when Porsenna came to challenge Rome   (510 B.C.), and later it fell under the dominion of the Lombards.  Today the historic city centre, still rich in Medieval remnants and 16th-century palazzi, is punctuated by urns, inscriptions and archaeological artifacts set in the walls.  The Cathedral of St. Secondian, in Romanesque style but restored in the late 1800s, stands atop the vestiges of the ancient town: during the 1970s, in the area of the apse and the chancel, remains were uncovered of a Roman building and of the primitive Christian basilica, now on view at the museum next-door. At the location of the belltower a monumental cistern was found, erroneously believed to have been part of the residence of the Etruscan king Porsenna; instead, the great reservoir was an integral part of the ingenious system of aqueducts engineered by the Etruscans.  Of particular interest in the city centre are several fascinating noble buildings; the Etruscan tombs and catacombs nearby count as a must-see.  Finally, the Nature Reserve of the Lago di Chiusi (Lake Chiusi) is well worth a visit.