The Ethnographic Museum of the Woods is housed inside an old restored haybarn in the small village of Orgia; its main goal is to gather and hand on recollections of life and human activity in the local area.

The woods and the sharecropping system are thus central themes in this “museum of memory”, inspired primarily by the life and culture of the people who lived in and around Orgia several decades ago.  Farmworkers, woodsmen and charcoal-makers are, in fact, the leading actors in the stories and documents collected in the exhibits of this extraordinary structure, which also offers a teaching laboratory and a network of paths through the surrounding woods.

The first section of the museum is dedicated to the woods and their ties to human emotion; the next section presents the territory, illustrating the traces and signs there of settlements and productive activities through a collection of tools, firsthand accounts and archival photos.

The upper floor offers a rich selection of objects from the contadina culture of farm families, recalling life in the farmhouse and the working roles of sharecroppers and woodsmen.  Most of these finds, donated by inhabitants of Orgia, are part of a private collection that made up the initial core around which the Ethnographic Museum grew up.  Together they retell stories of a world that has essentially disappeared.

The museum is connected to a network of paths that cross the Val di Merse, offering visitors an itinerary among the traces of farm life, of chesnut-gathering, and of the bygone professions connected to the environment and to the seasons: woodcutters, charcoal-makers, wagon-drivers.

Museum activities are closely tied to the teaching laboratory, set up in the former schoolhouse of Orgia, 400 metres from the museum.  This space has been equipped to encourage reflection and projects upon the themes presented in the museum and the pathways through the woods.

Network of pathways: The Museum offers 5 circular itineraries for a total of 50 kilometres, some of which house contemporary art projects. 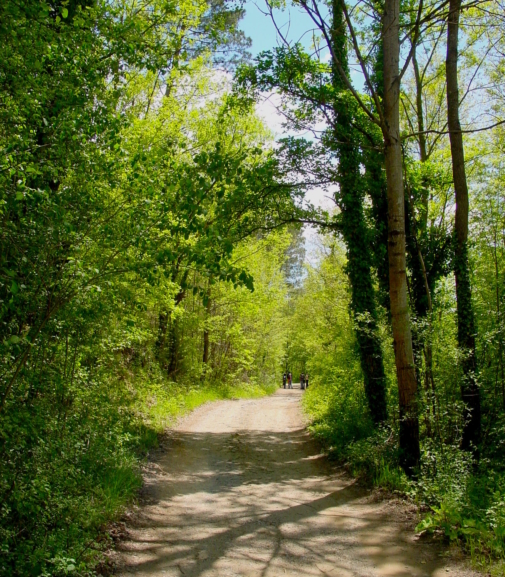 from Tuesady to Sunday, 10am-1pm

Orgia is an ancient settlement that is recorded for the first time in a document marking its donation from Countess Matilde di Canossa to the Bishop of Volterra in 703.  In 1073 it became the seat of a castle, contested over the next century between Siena and the Ardengheschi family, while Emperor Frederick II set up his own castellans there.  Over the course of the 1300s, the decline of the village began, one of the oldest remaining traces of which is the Church of San Bartolomeo, with its single rectangular nave, renovated between the 1300s and 1400s.

Sovicille, set atop a hill at the foot of the Montagnola and girded by town walls built in the 1400s, was the seat of a castle owned by the Bishop of Siena during the 12th century.  Nearby stand extraordinary architectural structures, surrounded by a unique panorama: the ancient Romanesque Parish Church at Ponte allo Spino, the Cloister of Torri, the churches of Ancaiano and Simignano, the castles of Montarrenti and Capraia, and the noble villa of Cetinale.