The Anatomical Museum, as we see it today, was set up after the transfer of the Institute of Normal Human Anatomy from the old headquarters of the Biological Institutes on Via Laterina to its present home on the ground floor of Lot I of the Polo Scientifico centre in San Miniato.  This location was inaugurated in 2001 after partial renovation of the site, after preserved samples had been recovered along with educational models, anatomical tables and pieces of ancient equipment.

The Museum is named after Professor Leonetto Comparini, director of the Institute of Normal Human Anatomy from 1966 to 1997.  It offers a recreated tour through a 19th-century Institute of Human Anatomy, when people practiced professions that no longer exist, such as that of the “sectioner”, an expert in the art of cutting, and that of the “preparer”, an expert in preserving organs, transforming them into educational models to meet the requests of the Anatomy professor.

The collections are displayed in 3 rooms and along a corridor.

Well worth noting in the Formalin Preservation Room are several human skeletons of various ages in an excellent state of preservation, scientific instruments from different eras (monocular microscopes in brass, photographic apparatus with bellows, slide microtomes and instruments for dissection), fetuses and organs preserved in formalin, and a sizeable collection of skeletons of normal and pathological fetuses dating back to 1881 circa. Preserved in a showcase is a recently restored papier mâché model of a human ear, originally made in 1877 by the French doctor Louis Thomas Jérome Auzoux.

In the two other rooms, the Bone Room and the Microscope Room, there is a collection of skulls from the 19th century, which is of scientific interest internationally because of the varied origins and great quantity of the specimens.

Along the corridor, exhibited in cabinets and display cases, there are dry-preserved samples of normal anatomy, a series of models in coloured wax, and an osteological collection of more than 300 skulls of fetuses and newborn infants dating back to the 19th century.  A valuable resource of the museum is also to be found in the rich collection of anatomical tables dating from 1784 on.

The Museum System of the University of Siena (Sistema Museale dell’Università di Siena—SIMUS) are the tangible result of centuries of study and research carried out in and around Siena.  They constitute a summa on the evolution of thought, scientific or otherwise, through collections of tools, finds, educational models, memorabilia and archival documents.  Thanks to the passionate commitment of researchers and university staff, museum resources of this sort continue in the present day to provide an effective educational tool to be used in teaching and disseminating knowledge.

Reconstruction of a dissection room: on the dissection floor from the years around 1930, with a marble top equipped with a central hole for the drainage of liquids, there are the instruments used by the teacher during dissection lessons performed on cadavers.

Bone Room: the teaching collection of human bones counts as a precious resource; thanks to this collection, students from the Faculty of Medicine may enrich their studies of human anatomy. 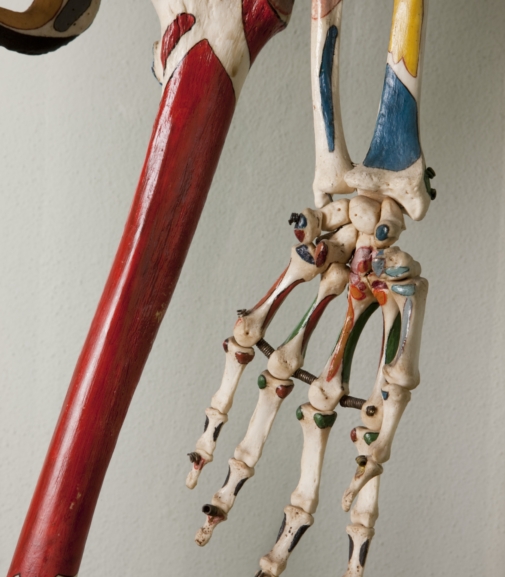 reservations within the day before: museo_anatomico@unisi.it

closed during the month of August